REBiRTH Festival is a popular event in Haaren (North-Brabant) known as being the first festival of the outdoor season. With multiple areas, spread out over two days, the festival offers a wide range of artists and genres, but also show and experience. Throughout the years the festival has grown a lot, but there is still potential to grow even larger and strengthen the REBiRTH Festival brand as much as possible.

After the first successful collaboration during REBiRTH Festival 2018, the organization asked us once again to support them for the upcoming edition and come up with an entirely new theme. This wasn’t the only thing new, because in 2019 the festival was going to expand to three days including a brand-new camping. 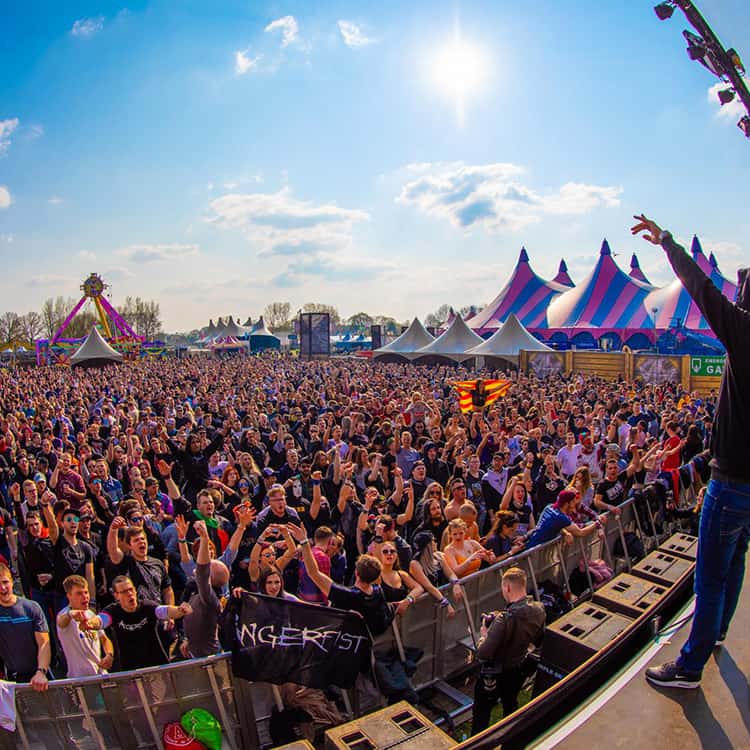 View a selection of the visual content we provided for the festival REBiRTH Festival 2019. 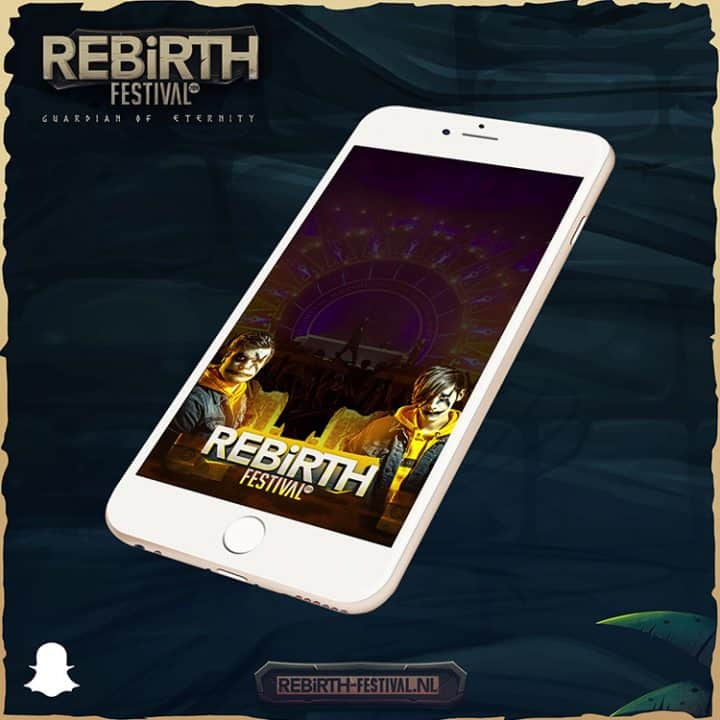 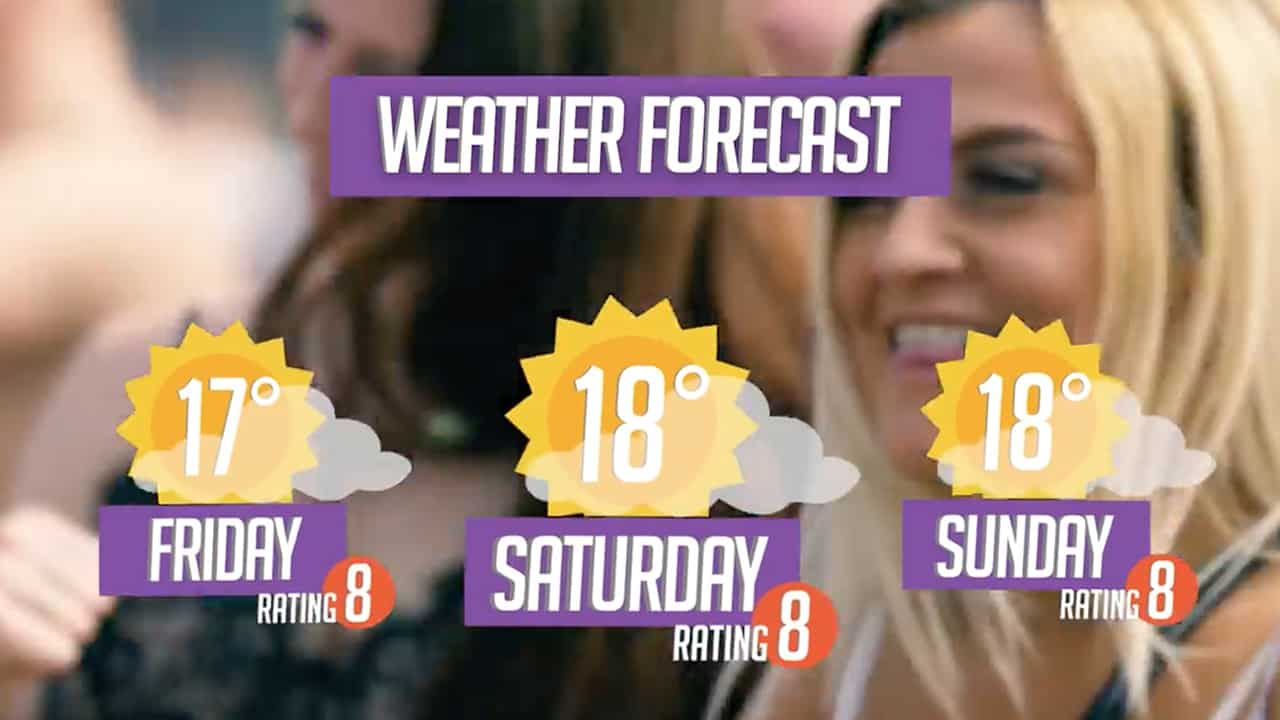 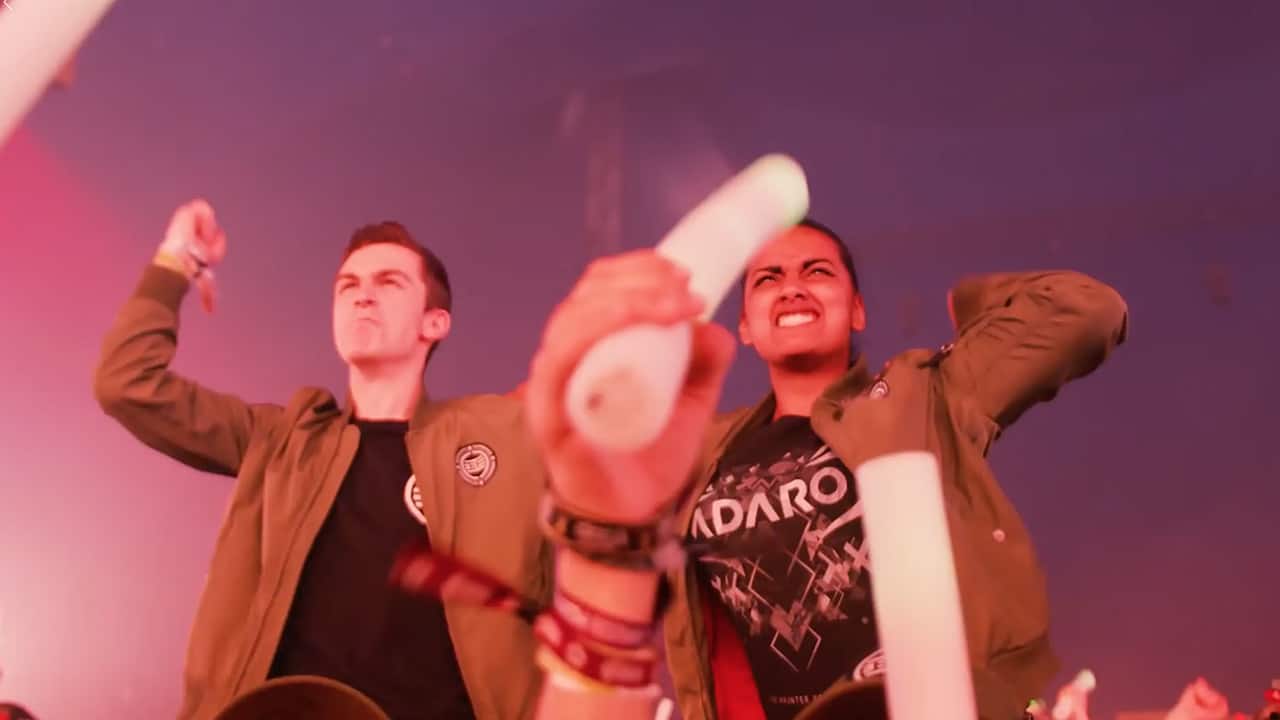 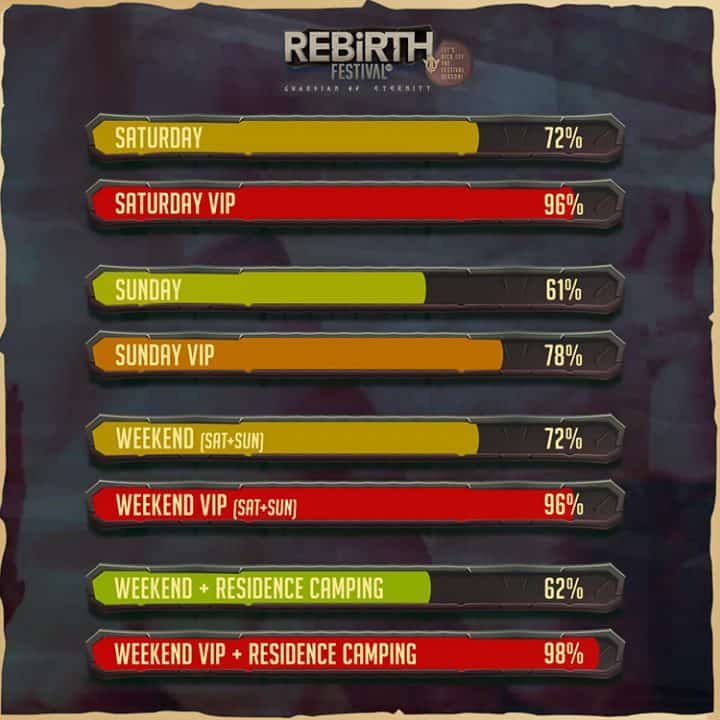 REBiRTH Festival uses a different subtitle every year, but we felt they didn’t implement this enough throughout the event and online marketing. To lift the event to a higher level the artwork had to match that. Together with stanbroeksteeg.nl we started an extensive brainstorming session for both the theme, possible artwork, trailer and the fact that there would be a brand-new campsite. REBiRTH Festival can be seen as an entirely different world where daily life isn’t present and partying rules the landscape. The word ‘eternity’ quickly rose to our minds, because a weekend of REBiRTH equals an eternity of festivities. In order to get people familiar with the theme, we created the ‘guardian’, who would serve as a protector of this fictional world and would ensure a good vibe and harmony. Each area would be both be linked to, and serve as a separate part of this world.

Using the theme ‘Guardian of Eternity’ REBiRTH Festival would head in an entirely different direction and the artwork that was made didn’t just feel of a higher quality, it also ensured a stronger brand experience for REBiRTH.

It was in the air for quite some time already, but in 2019 the organization decided to make the decision. REBiRTH Festival would get its very own camping for the first time ever. This led to an expansion to three days, including a special camping pre-party on Friday. Everything was thought through till the last detail, so it was up to us to release the campsite with a bang and to make sure it would have a brilliant first edition. Together with stanbroeksteeg.nl we came up with a special camping trailer, which included several artists who would not only be revealed this way, but they would also play a funny part in the trailer, whilst highlighting several of the campsite’s USP’s. Besides that we created a separate Facebook page for REBiRTH Residence, as the campsite would be called, where possible visitors could be seduced into purchasing a weekend ticket and experience the camping. 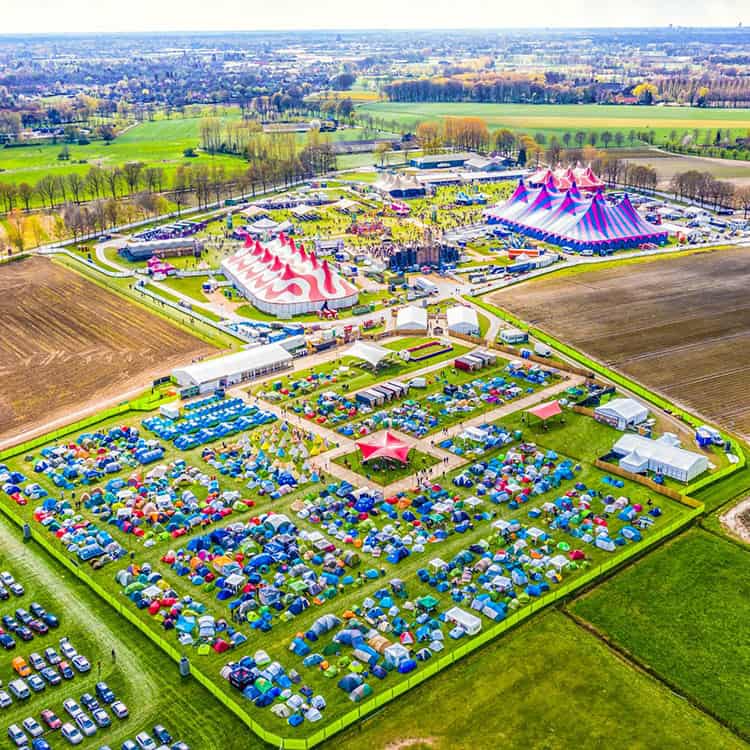 TRUST YOUR OWN STRENGTH

REBiRTH Festival is a strong brand and a serious player in the festival sceen. After it sold out both days for the first time last year, the organization was convinced it could push on the growth of popularity. Every area at REBiRTH, currently over ten spread out over the entire weekend, is both a part of the festival as a whole, as it is an entirely separate brand. Since the target audience also differs for most areas, we decided to bet hard on specific content for each area or genre. This way we could address and seduce every target audience the right way and let them become a part of REBiRTH Festival 2.0. We let the visitors see the festival as a unique experience you simply couldn’t afford to miss.

By constantly monitoring the ad-results from the REBiRTH campaigns we were able to divide the budget neatly and boosted them on ads that led to a higher Return On Investment, instead of using fixed amounts. Despite the predicted bad weather and low temperatures during the festival, we succeeded in making this edition an ever bigger success than last year! 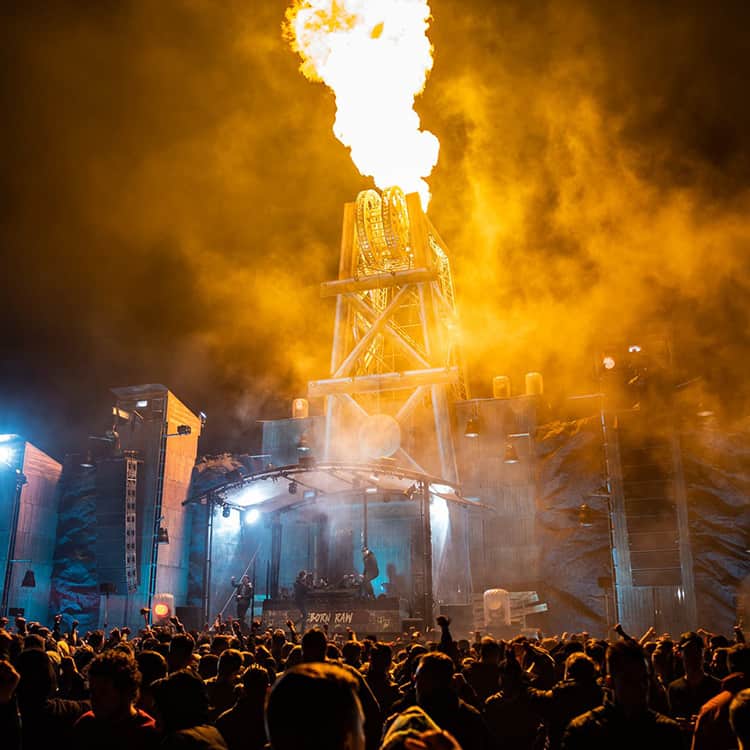 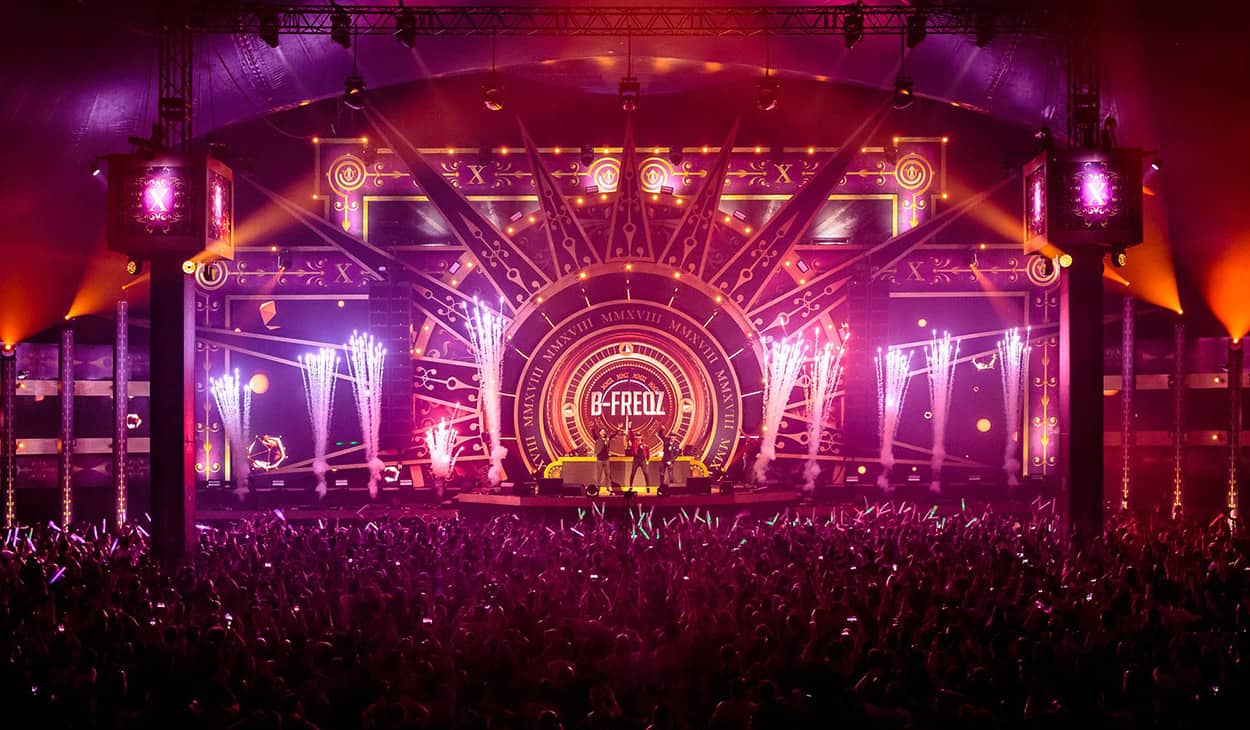 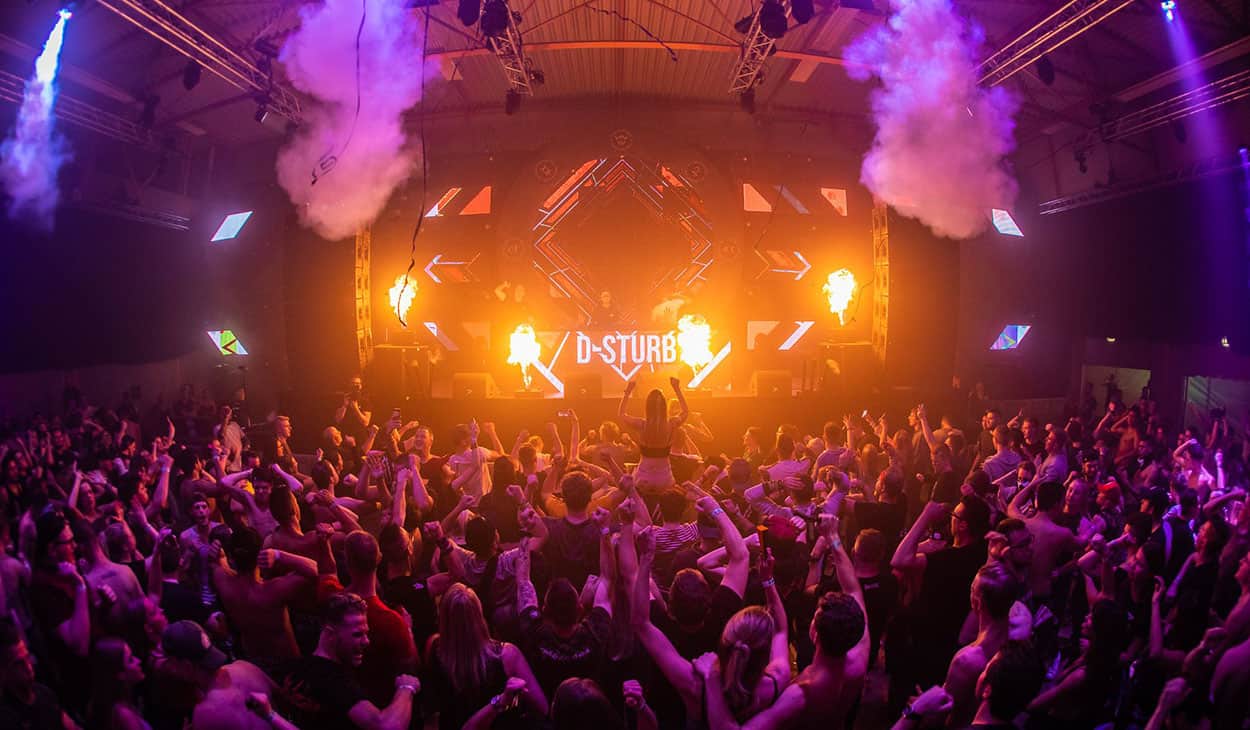